WHEN OUR CLIENT NEEDED TO KEEP TRANSIT RIDERS ALERT AND VIGILANT, OXFORD DEVELOPED A CAMPAIGN THAT PROMOTED LOOKING UP AND SPEAKING UP.

The Philadelphia Regional Transit Partners wanted to raise awareness of the role commuters can play in keeping transit systems safe through a program funded by a multi-phase grant from the Department of Homeland Security.

HOW WE MADE IT BRILLIANT

Phases IV and V of the “Look up. Speak up.” campaign were implemented in 2015 with the primary objective of sustaining the public education campaign. We evolved the creative campaign using law enforcement testimonials. We expanded the website to include an app download section along with a media center where we developed a series of educational video vignettes that visually showcase potential suspicious activity categories using law officers. Oxford also prepared to launch the SMS text-to-tip program in Spring 2016. 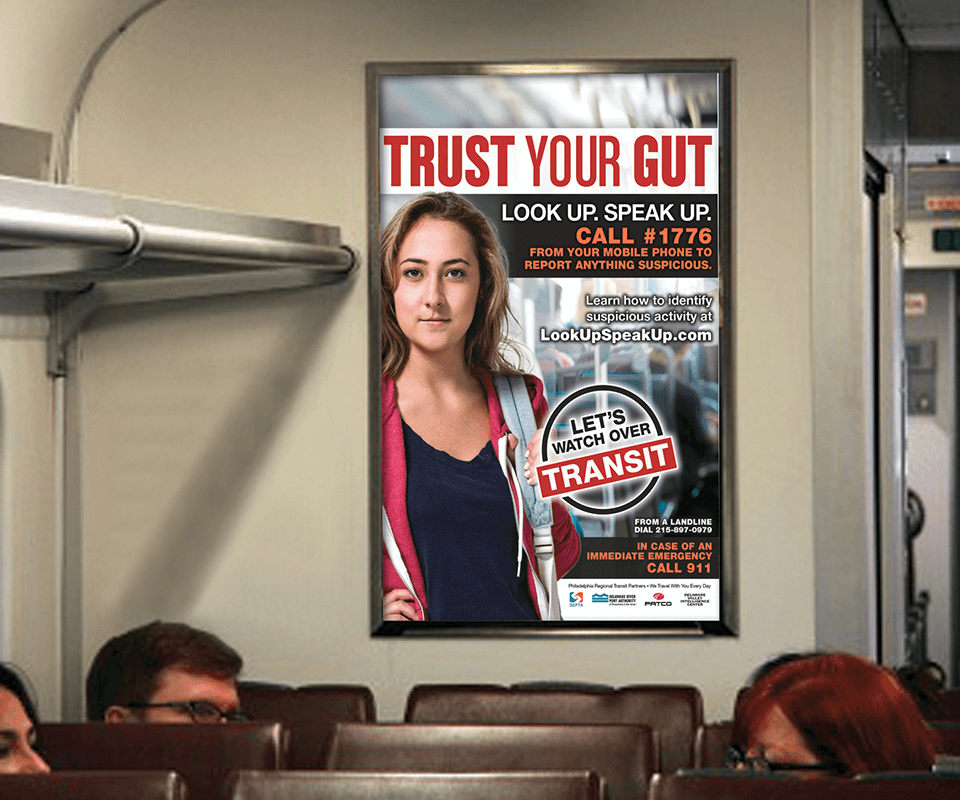 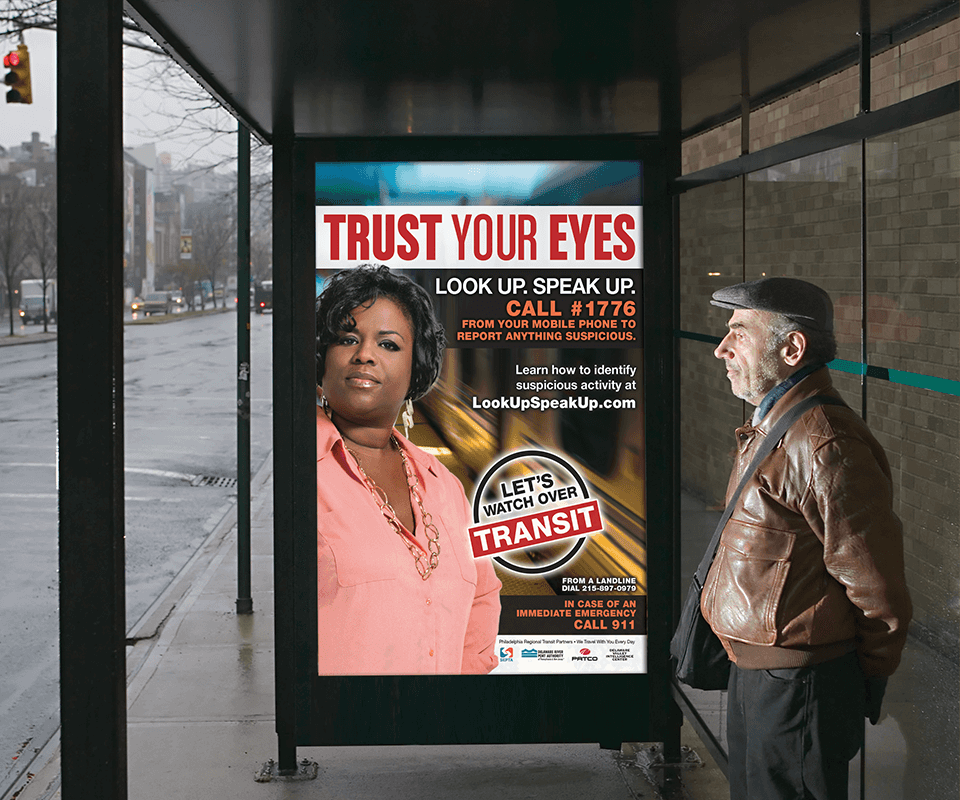 KEY INSIGHT:
AUTHENTICITY HAS BEEN INTEGRAL TO GRASS ROOTS BUY-IN AND PARTICIPATION IN THE "LOOK UP. SPEAK UP." PROGRAM.