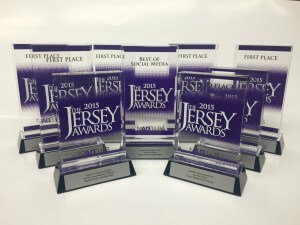 The award-winning work featured campaigns for clients such as Werther’s® Original®, Brother International, Rutgers Cancer Institute of New Jersey, Bancroft, Hunterdon Healthcare and Outlets at Tejon, which garnered the biggest award of the night for the agency, Best of Social Media, for the #SantaPlease Sweepstakes – a sweepstakes launched as a way to engage and reward shoppers of the California-based outlet center during the holiday season. Consumers were invited to share a photo of a must-have(s) item from the Outlets at Tejon for a chance to win the grand prize: a $1,000 shopping spree.

The roster of achievement includes: