Tweets and Hashtags Command a Menorah, Tree, Lights and Star to Twinkle and Blink Tweet #brilliant #twinkle to @Oxmas_Tree from any Twitter account across the globe and a 9-foot Christmas tree, menorah, star and over 1,000 LED lights will instantly turn on and blink in Lambertville, New Jersey – at least until someone else Tweets the blackout hashtag #figgypudding. 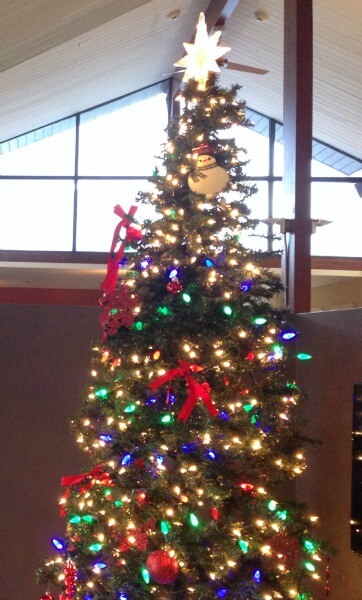 The Twitter-controlled Christmas tree is the brainchild of a small team of interactive designers and social media specialists at Lambertville’s Oxford Communications. The team developed and constructed the @Oxmas_Tree and holiday display to showcase how not-for-profit organizations can use social media to generate awareness.

Martin Slamon, Senior Interactive Project Manager at Oxford Communications, led the @Oxmas_Tree initiative. “The purpose of the @Oxmas_Tree is to empower philanthropic organizations to transform their holiday displays into gamified, socially-engaged awareness and fundraising opportunities,” said Slamon. “The @Oxmas_Tree proves it can be done.” 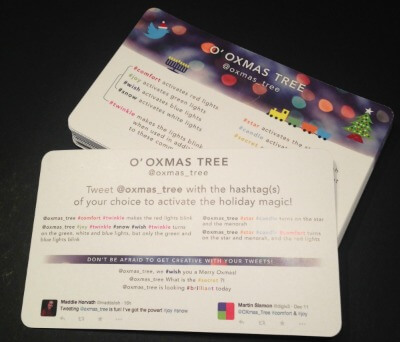 The tree and holiday display are operated exclusively through Twitter hashtags. It works like this: lights and electronic decorations are strung and displayed just like in any home or business, only instead of plugging them into an outlet, the @Oxmas_Tree is connected to an Arduino – an open source micro-computer custom made to transforms Tweets and hashtags into electronic impulses. 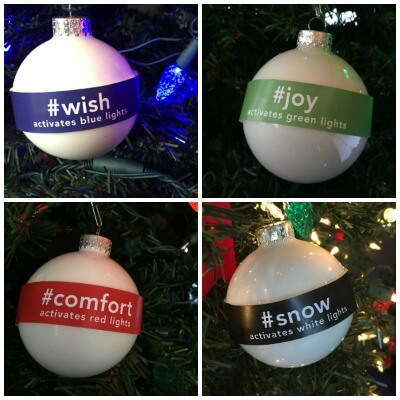 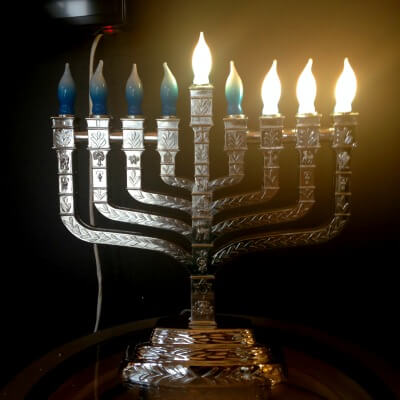 The @Oxmas_Tree is on display at Oxford Communications’ Lambertville, New Jersey office throughout the holiday season.

Tweet @Oxmas_Tree with the hashtag(s) of your choice to activate the holiday magic!

#brilliant – All Lights at Once!